3 Use Cases How Brands Leverage Gamification in Marketing

In the previous article “Trends for mobile advertising” we’ve already talked about how games can be leveraged to strengthen the relationship between the brand and the customer. Today, we’d like to have a look at a different use case for game technics – Gamification in marketing or gamified advertising.

The goal of Gamification is to increase the probability that a person repeats desired steps, providing and opportunity to influence humans behavior through games. Essential game elements often used in the Gamification include scoring systems, ranking lists, virtual goods and small incentives. Gamification has become increasingly popular in marketing, education and other industry sectors.

Current research shows that Gamification increases customer commitment and loyalty, as well as the motivation of employees. If implemented correctly, it can have a high return on investment for companies (Dr. Städtgen, Gamification and Motivation, 2015). Today, we’d like to have a look at three use cases of how brands have leveraged Gamification in their marketing. But before we go into the individual cases, let’s have a quick look at the psychological background of why Gamification works.

Why does Gamification work? You can find a hint in the Prospect Theory introduced by Kahnemann and Tversky. It shows that small incentives enable people to take an extra effort to do things that they otherwise would not.

The Prospect Theory is a behavioral economic theory that describes the way people choose probabilistic alternatives that involve risk — where the probabilities of outcomes are known. People take an effort because of their intrinsic motivation (brand commitment maybe too) in situations where they expect a reward. In other terms, people’s behaviors are being influenced by Gamification elements mentioned above, which can have a very small cost / investment for the brand. 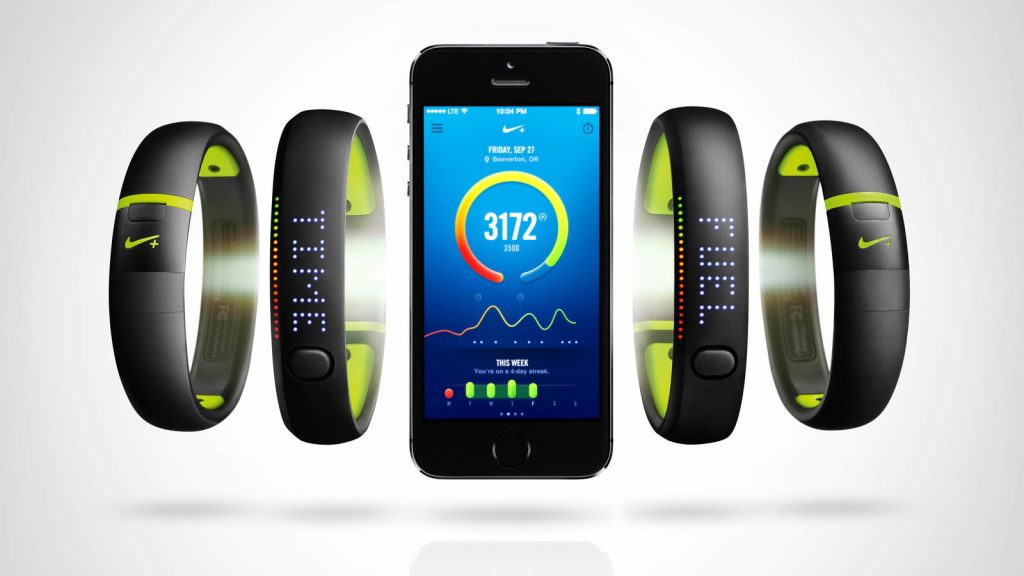 Nike+Fuel is a personalized app. This app demonstrates how a brand can stay connected with its customers through Gamification elements.

The goal of this project was to keep in contact with customers to gather information about them. Nike used Gamification as a way to give an incentive while customers were running and tracking their activity. Runners competed against others and collected their latest achievements and overall performances. Nike collected personal data about users which were valuable for content marketing. Furthermore, the app is linked to social media so users could compare performances from all over the world. After completing different levels customers are rewarded with trophies and badges, which in psychology science is called a positive intensifier. Nike increases its brand presence when customers share their training results on social media.

Nike gathered a high amount of data over a long period. This information can be used for personalized services and lead to an increase in productivity of R&D and digital marketing. At the same time, the game boosts the loyalty of the customer.

In this game theme, the user has to climb as high as they can to get a chance to win a 3 month contract for free. It’s a great way to for Urban Sports Club to gather new potential customer leads, engage their community in a very authentic way, present their value proposition differently and have the opportunity to create a special relationship with customers.

The majority of users replayed the game over 3 times, which shows a very high level of engagement. Urban Sports Club was able to capture the players data who participated in the competition in the leaderboard and add them to the existing vivid club community. Summarizing, games can offer new ways to power up communities and create a sense of natural & fun competition to boost engagement and capture new potential leads.

Though the app was released in limited distribution for its initial launch, the data collected from users proved that it was a success. Over 100,000 wish lists were created, as well as 9,200 new Target.com accounts.

Over the course of six weeks from app launch to the close of the holiday season, nearly 1.7 million total items were added to Target guest wish lists, for a total sales potential of $92.3 million.