When it’s Something Strange, In Hugendubel, Who You Gonna Call?

We are proud to present the new Hugendubel campaign with 3 different games connected under 1 concept! 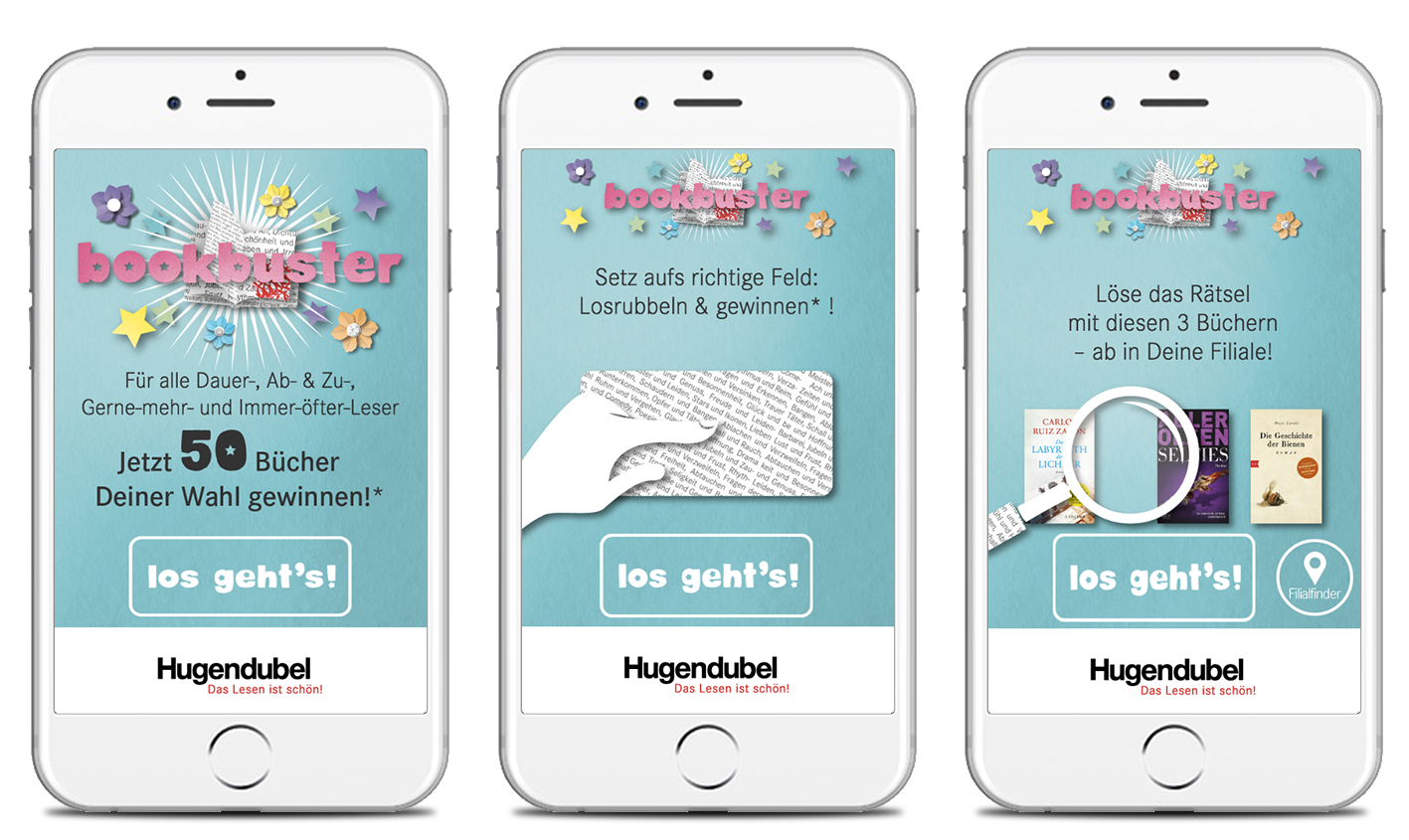 Bookbuster campaign asks you to play these games either on your mobile or on your desktop and have a chance to be the one who wins 50 book from Hugendubel!

First game is a memory game where you can try out if you are fast enough to match the books. You can click on image below to test your memory: 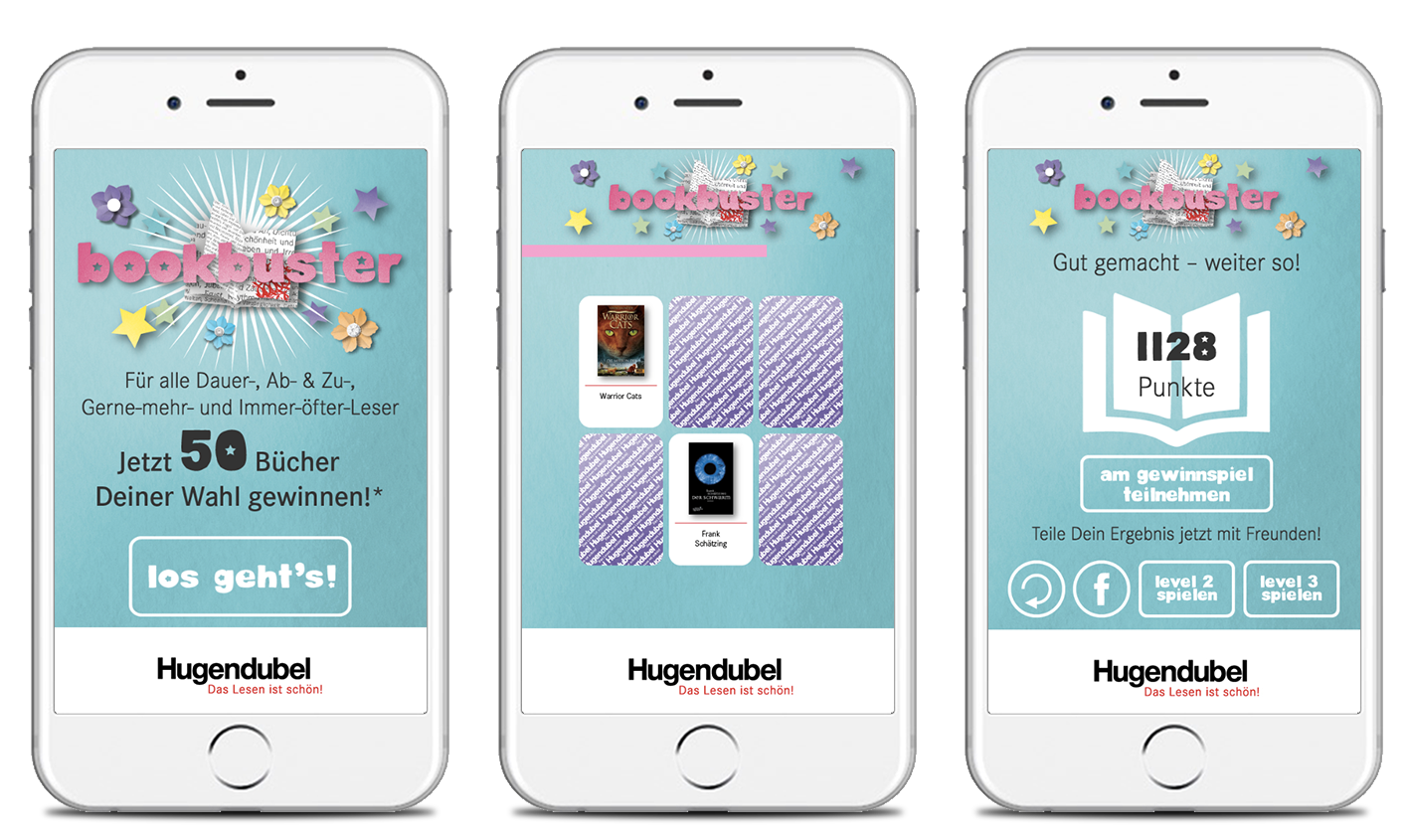 Second game is a scratch card type quiz game where you have to find the right answer at the right time! Click on image if you would like to test your knowledge: 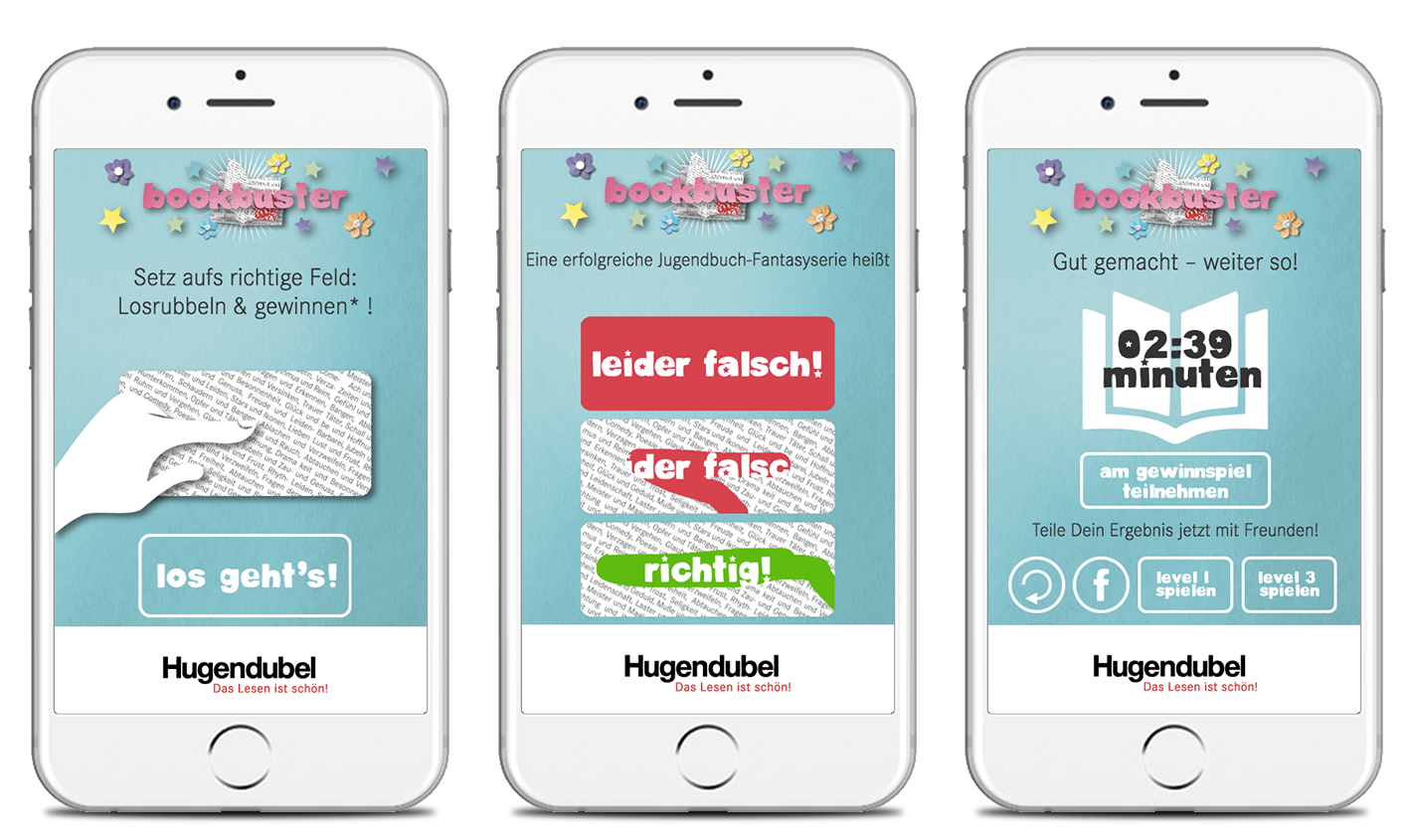 And last but not least, we have the ultimate wordmatch game where you have to find the words which are hidden in the books! You can click below o try your chance but also you probably need the closest Hugendubel store address. 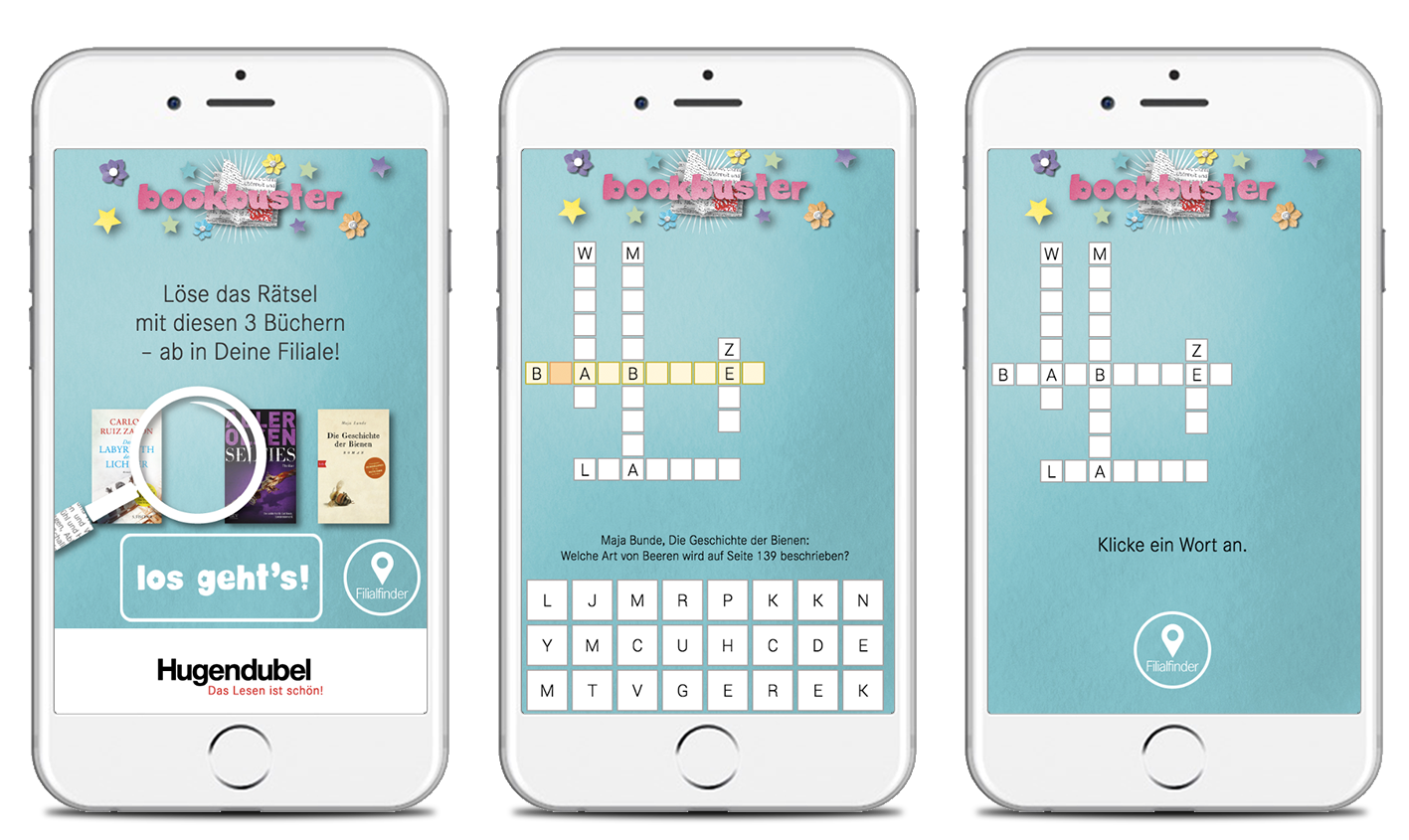 The campaign is on-air so don’t miss your chance to win 50 free books!

We are proud to announce that Gamewheel – Burger King partnership has been selected as one of the outstanding “Mobile Moment” case studies by Think with Google!

2016 was quite a successful year both for Burger King and Gamewheel and as the result of this success, we launched 4 gamification campaigns throughout the year.

If you would like to know more, click below to visit Think with Google’s Mobile Moments (only available in German yet) and don’t forget to check out our Gamification Stories!

Yes we know, everyone has predicted that 2016 will be the year of VR. Despite of this, the sales of premium VR headsets have been sluggish as pointed out by MIT technology review. But what we believe is that 2017 is the perfect year to start working with mobile VR games content and experimenting with new VR ad formats in your brand and/or content marketing…

…and here is why: 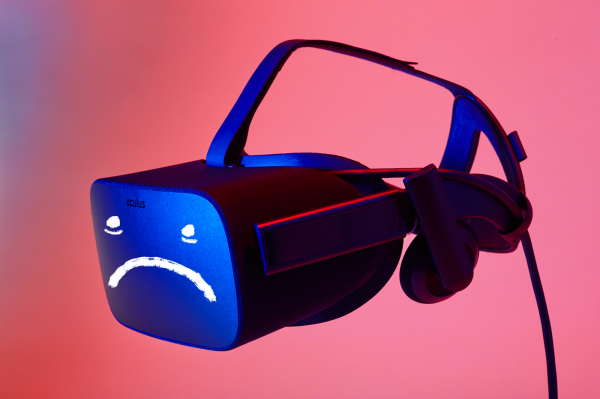 As mentioned in the blog post after f8 2016, where Mark Zuckerberg announced the news around Oculus Rift VR development, the reach of mobile VR factors were higher than True VR – at least factor 4 according to Jesse Schell, of Schell Games.

In his VR games talk at GDC, Jesse forecasted that by 2017, 32 million mobile VR headsets would’ve been purchased. His projections indicate that VR headsets sales would double every year, reaching the 2 Billion mark, as early as 2023 (he differentiates between Gamer VR and consumer devices, which he calls Mobile VR). Brands will sponsor VR native-content, leaving ample opportunities for product placement and non-intrusive ad forms.

But the real True VR or Gamer VR numbers end up quite different than predicted.

The most obvious answer is accessibility. The $800 Oculus Rift with Touch controllers requires a desktop computer approaching $1,000 (or more) to run, as does the $700 HTC Vive. Only dedicated PC gamers are likely to own a compatible system already –  TechnologyReview.

So, it is crystal clear that the cost is prohibitive right now. On the other hand, Google Cardboard, Samsung Gear and Google Daydream become more popular than predicted. According to reports, the amount of monthly active users (MAU) of Gear VR alone surpassed 1 Million already in summer 2016.

So as a company who is experienced on the combination of marketing and gaming, we focused on reasons for mobile VR games not being a mainstream hit.

And we came up with 3 core reasons:

Also industry experts and leading VCs in the AR/VR space confirm that these are the core obstacles:

2017 will be the year of Mobile VR. I hope people will get past the two biggest barriers for VR, which is a lack of content and game experiences and of course the price barrier. – Shawn Cheng, principle at Vayner/RSE – early investors in Oculus, source: VRV 2016

Mobile VR will dominate in the mainstream. It’s going to get to the point where it is just as high quality as what we have for PC VR now, and it’s going to become True VR.” – Stephanie Llamas, director of research and head of VR/AR strategy at SuperData Research, source: VRV 2016

By taking these 3 cores in our focus, we started working on this issue to maintain a sustainable choice for marketers whom are in the need of an effective VR marketing tool. As a result; we have developed a technology and content which helps marketers to overcome all the 3 barriers.

We know from our experience with Toywheel in the early mobile AR/VR market, that solving the onboarding experience has to be as easy as a child can get. So thus, we have added an option to every game that allows to run in 360 degree/3D fallback mode. This helps people to discover the possibilities and the working habit of VR even if they do not have any glasses to experience.

2. Need of Installation: Mobile VR html5 technology to get rid of app installs 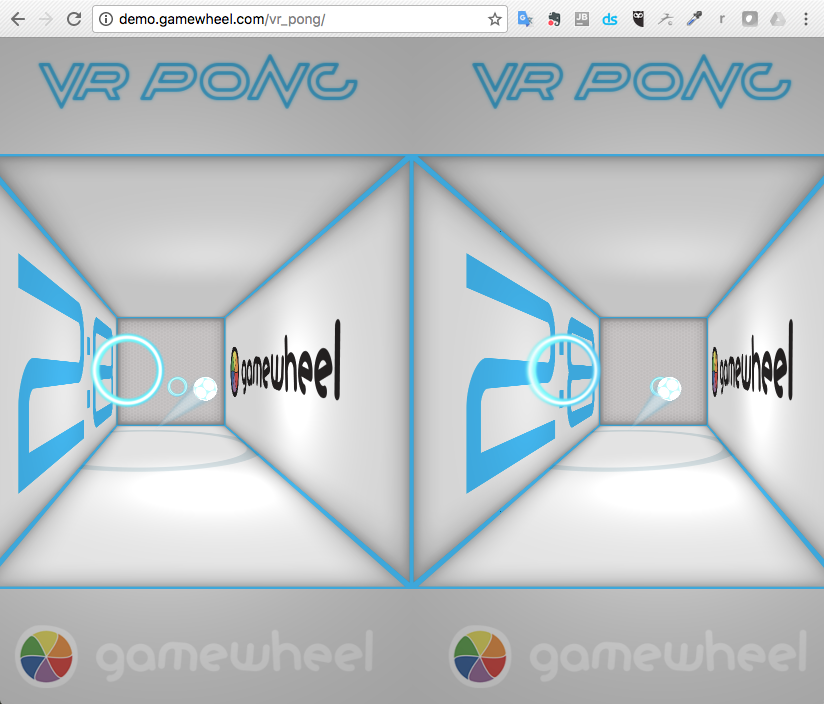 We already knew that with the current power of html5 technology, we can achieve native-like experience in web based games. So we used this know-how and combined with VR and gave user a chance to experience VR on any mobile device without any operation system limits. Our VR games can work fluidly on iOS, Android, Windows and other platforms on any type of browser. 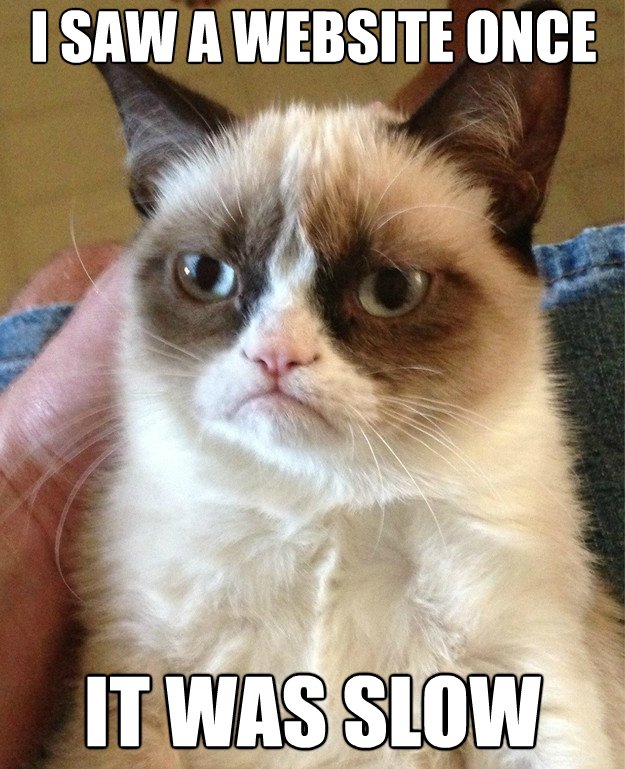 By the power of not only Grayskull but high performance JS engine, we managed to develop finest quality VR games, with loading time of under 1 second. This become viable when the game expertise from developing physics-driven games in the 90ties is applied to the current JS technology, which comes very close to performance of the native code in the recent browser versions. Our tech also allows to sync the game for multiple players on the backend, without any performance issue for instant VR multiplayer mode.
“You are saying that you solved them all, but where are your products?” you asked, right? No? Maybe not you, but you sir, yes with the black shirt, you asked. So here is a little glimpse of what we did already and which mobile VR ad formats we’re ready to deliver today!

The success of Pokémon Go, which dominated the 91bn dollars mobile games industry in 2016, demonstrates that to achieve great success with new technologies like augmented reality or virtual reality you have to actually think simple. At Gamewheel we already offering the most popular 2D casual game mechanics, which you can simply edit, brand and share through our platform. So we thought, why could not we do exactly the same with VR technology in the advertising space.

Why not to bring the most original and truly addictive casual game invented by Atari to VR first? Click play below to try the VR multiplayer pong.

How does it work? You need to look up/down or tilt your head left/right to steer the racket which you have to hit the ball.

The advantage of this casual game is that it’s very easy to brand in the most effective way. Have a look how our first branded Web VR Game Ad campaign for the super cool app 3doo looks like: 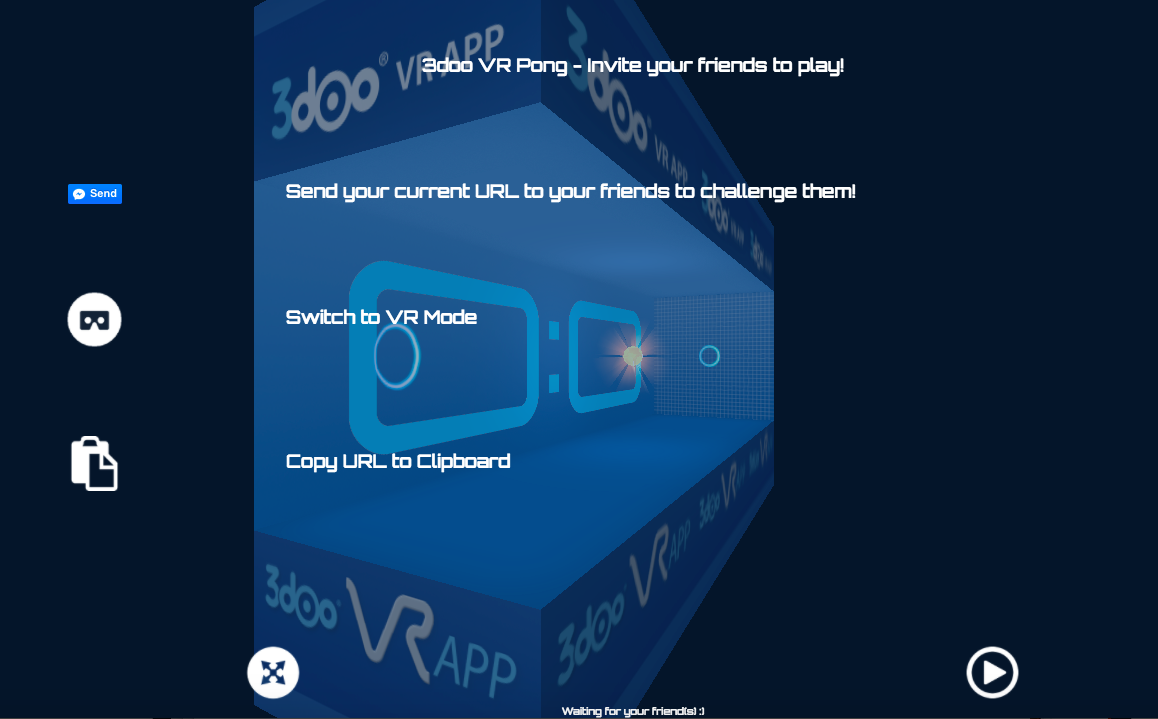 You can play this game on your own or share it with your friends via messenger and then play against each other, wherever you’re, independently of the mobile device you use and in 3D or VR if you have a cardboard at hand. This is all made possible by our powerful Web VR Game engine, specifically optimized for high-performance multiplayer gaming ad campaigns. This Web VR Game Ad runs even in any interstitial banner… isn’t cool or have you seen multiplayer banners already before?

Audi’s VR experience invites you to drive cars in a sandbox. Remember how much fun you had playing in the sandbox as a kid? With handfuls of toy cars and a wild imagination, you could create your own mini world of dunes, jumps and turns that required some serious driving skills.

In what Audi is calling “Enter Sandbox,” the real-time VR experience combines a physical installation with an immersive driving simulator, letting you test-drive the new Audi Q5 on a sandbox track you just made with your own hands.

We already launched a successful driving game in AR with Toywheel, so we thought we not to repeat the success in virtual reality domain? We’re planning to launch a VR multiplayer driving game to advertising new car models. The unique part of such VR game is, there are a lot of places for different brands. The game offers level to brand, car to brand or even billboards in the game are all available to brand. 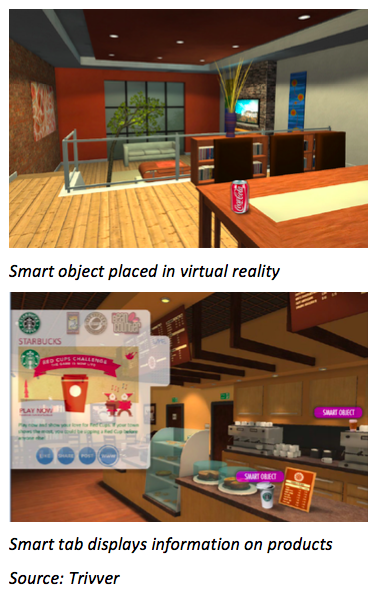 With Gamewheel Partner Network we already started collecting what our partners like Trivver and Vire.co need and how we can come up with the perfect solutions for their need on our platform. For example the partner – Trivver from LA – is working on an SDK-based approach of delivering product placements into the VR (and also 3D) games.

Jointly with Trivver we’re able to deliver VR ads on scale. How does it work?

Bidding: Digital publishers list their 3D generic content to be replaced by branded items on the ad exchange, and brands then bid on the advertising opportunity.

Product placement: The product is displayed in the immersive environment and appears in the consumer’s smart tab, an interactive screen that houses content all brands have placed in the viewer’s environment. The smart tab allows the consumer to learn more about a brand, download discount coupons and see shop locations; the information is presented in a non- intrusive way.

Targeting and predictive analytics: Advertisers use analytics to better target their audience, putting the ads that are most applicable in front the consumer, based on that consumer’s actions, in real time. Advertisers are provided with analytics reports on viewability metrics, user engagement metrics and user data (behavioral patterns and psychographic and demographic information). The information can be used to create an even more personalized experience for the consumer. 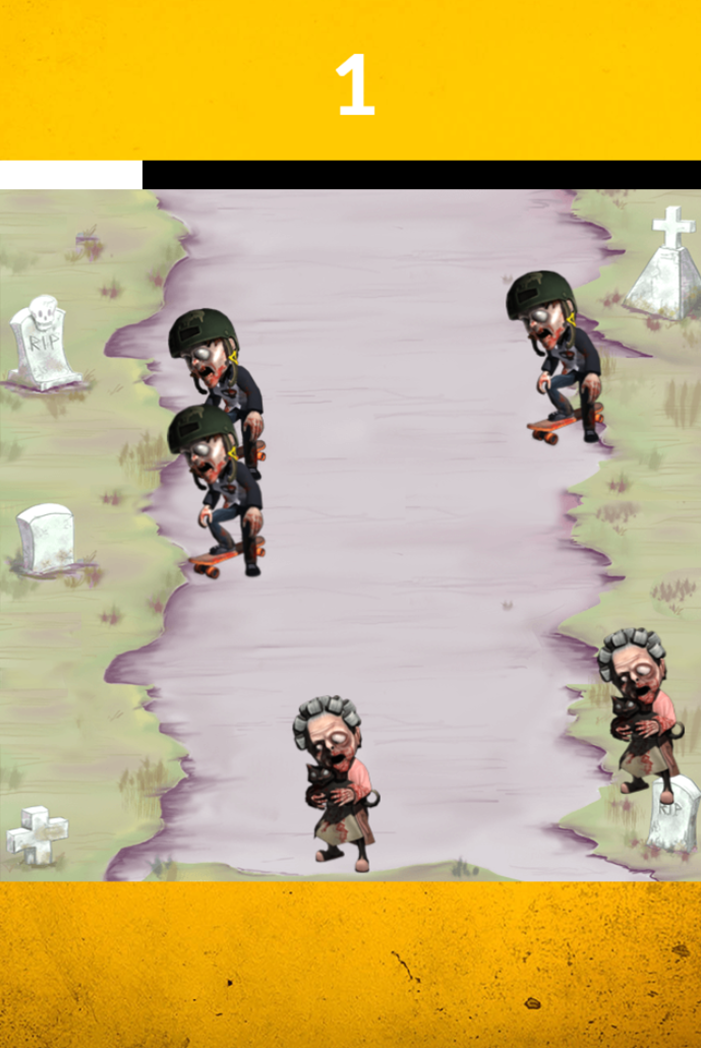 Last, but not least – you can also run simple VR game experiences or gamified banners. We already have lots of experience running 2D Game ads or Playable ads – what prevents us from putting the VR game into a mobile ad banner?

So, don’t you want to be on another reality too?